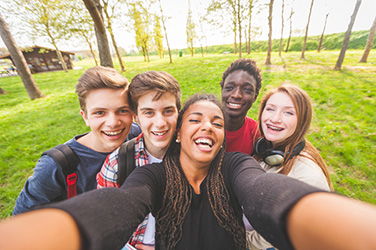 The Early Detection and Intervention for the Prevention of Psychosis Program (EDIPPP) was a research and treatment initiative focused on gathering the evidence needed to better meet the mental health needs of adolescents and young adults at risk for severe mental illness. The Robert Wood Johnson Foundation funded EDIPPP from 2007 to 2013 in six site locations: Portland, ME; Sacramento, CA; Salem, OR and four nearby counties; Ann Arbor, MI; Queens, NY; and Albuquerque, NM.  Each site’s program was based on the Portland Identification and Early Referral (PIER) model, which was developed in 2001 at the Maine Medical Center by Dr. William McFarlane and his multidisciplinary team. By using a combination of evidence-based pharmacologic and psychosocial interventions, EDIPPP sites treated the early warning signs of severe mental illness (schizophrenia, bipolar disorder with psychosis, and major depression with psychosis) in people ages 12 to 25 as part of a rigorous research program.

The main components of the program included:

The objective of EDIPPP was to test effectiveness in preventing the onset of psychosis and improving functioning in a sample of at-risk youth from a nationally representative group of cities and counties.  The study thus had two major goals: (a) to create systems across six entire communities that could identify and refer youth either just before or just after they experienced first full psychosis; and (b) to test a comprehensive treatment approach to determine if there were large clinical and functional effects of very early intervention.

The study compared two treatment options for 337 young people between the ages of 12-25 who were at risk of psychosis. The promising results show how a package of pre-emptive, evidence-based services can prevent young people exhibiting the earliest signs and symptoms of a psychotic disorder from converting to full-blown psychosis. The conversion rate to psychosis among those who received intervention through EDIPPP with strong family involvement averaged 6.3 percent—well below the 29 percent conversion among at-risk individuals who get infrequent or no treatment in the community. EDIPPP helped families learn to engage and support someone with severe mental illness, and helped patients succeed in school and at work. A significant number of people in the study (83-90 percent) who received the broad EDIPPP interventions were able to maintain or increase participation in work or school, increasing productivity.

It also found that systems of early identification and preventive intervention could be established in nationally representative cities and counties, and that the results there matched or surpassed those observed in 11 other international clinical trials and in the original American site, Portland, ME.

Additional information and materials related to the EDIPPP demonstration also appear under the various other sections of the NASMHPD Early Interventions in Psychosis (EIP) website. Click hereto learn more about the published research outcomes for EDIPPP and the PIER program.